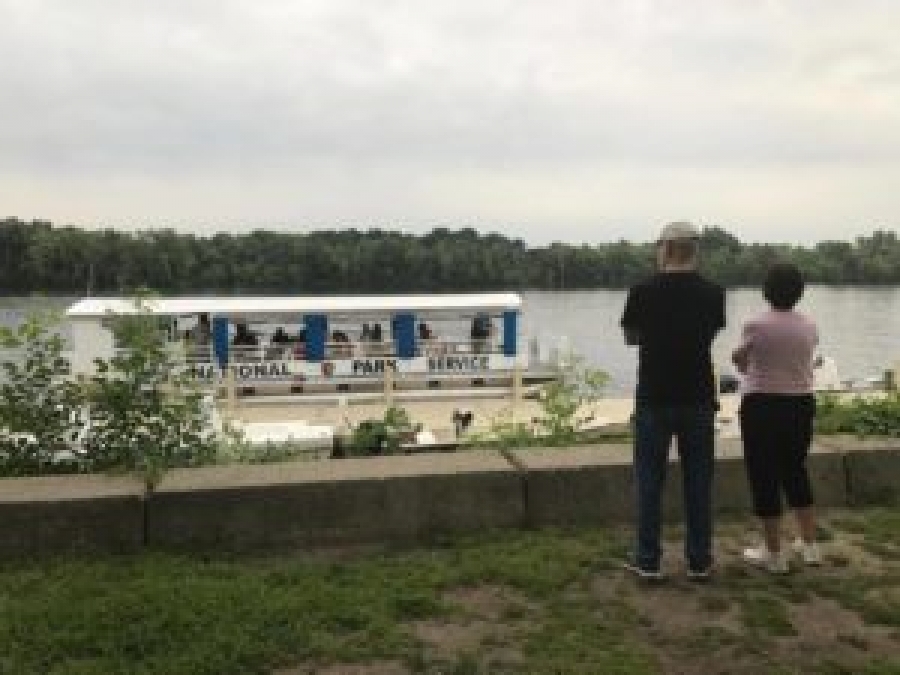 Another year of amarillo, azul, y rojo here in the city of Lowell! It brings me such joy to see the Lowell National Park staff support the Colombian community every July 20th at the Colombian Independence Day ceremony. It means so much to me that my city creates an environment that celebrates the benefits and beauty of multi-culturalism. While standing together beneath the American and Colombian Flags, we sing the anthems of both countries. Shoulder to shoulder with members of the community, city hall officials, friends, and family we are united. Here in Lowell, we accept, respect, and celebrate. We see in technicolor. We hear the music. We dance. We smile. We have a good time. Oh and we eat delicious empanadas!
In other news, the Latino Conservation Week Event: Agua y Ambiente took place this past Saturday, July 22, and was a great success. It was a wonderful evening filled with family entertainment and conservation awareness. The Lowell National Historical Park was able to bring out the riverboat and take folks out on the Merrimack River for free boat ride.  We were joined by a mixed audience of familiar and new faces, all of which were incredibly excited about the opportunity to get out on the water on a beautifully cool summer evening. It is important to recall though that this event was made possible by the conservation efforts of locals in the 1970s.
The Merrimack River was extremely contaminated largely in part because of the environmental consequences of the industrial revolution it helped launch. The textile mills here in Lowell used the Merrimack initially to power their mills via water turbines, but would later  routinely dump their factory’s waste into the river. This carelessness affected the water quality drastically, creating a cesspool of chemical contaminants that prohibited leisurely activities, harmed wildlife, and turned polluted drinking water and fishing game. The stench report to have come from the river was absolutely horrendous, and made being next to or near the river unbearable. However, the 1970s was a turnaround point for the Merrimack as conservationist struggled to ensure proper legislation that would prohibit dumping into the river and perhaps create an initiative to treat the water. The Clean Water Act adopted in towns along the Merrimack was a leading source of the river’s restoration; towns began establishing water treatment plants and as a whole drastically improved the water quality of the river. The Merrimack went from a Class D river to a Class B, meaning it could now properly sustain and promote life.
That’s key: the sustainability and promotion of life. We concluded the tour with something along the lines of: This boat ride, your enjoyment, are all thanks to conservation efforts of locals like yourself and dependent on your protection. Conservation played a very direct and tangible role in your life today. Learn, appreciate, and enjoy. Hopefully we sparked and inspired some conservation efforts here in Lowell as part of Latino Conservation Week.
But just as it was a good way to educate the public, it was a great opportunity for Latino outreach. It was especially great to see a couple faces from the Colombian Independence day ceremony on the boat just a couple days after! Getting people informed is the first step to getting them involved, and by sharing a bit about Latino Conservation Week we were able to do just that! Getting them to come out to the event, have a good time, and learn what they can do to protect and preserve the environment. In this regard, I guess it is important to acknowledge the power of a nice summer evening on the Lowell National Historical Park’s boat and what it can accomplish. Thanks again to all the park staff for their limitless support!
Tweet