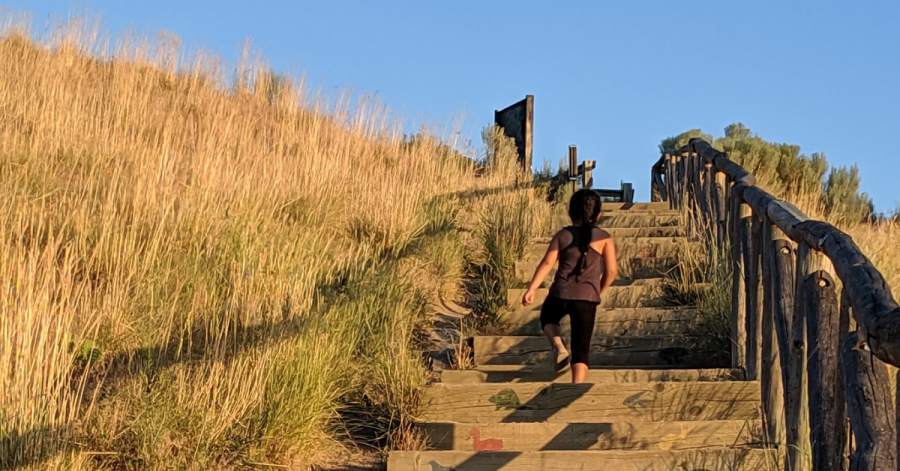 When it comes to Latino Conservation Week (LCW), we most often get one of three questions: what is it, how can we get involved, and what counts as an event. The last one is where I think the beauty of Latino Conservation Week lies – there isn’t just one way to celebrate the Latino community’s efforts and voice in conservation. Often, the traditional LCW event focuses on directly engaging the Latino community in outdoor recreation: hiking trips, camping, rafting, and others. However, there’s also events like film screenings and panel discussions, educational workshops, and lately, a lot more advocacy efforts.

While advocacy has always been a part of Latino Conservation Week, this year, after the inaugural Latino Advocacy Week, the importance of the overlap between the two has only been heightened. As the years go on and the devastating effects of climate change worsen, it becomes increasingly evident that the best thing we can do for the environment as a community is to advocate on its behalf. The individual things we do as earth protectors (taking public transit, composting, shopping local, etc) are absolutely important in the fight against climate change, deforestation, and the other catastrophes plaguing our planet, but at this point in the fight, we need policy, legislation, and wide-scale change in practices that address the world’s biggest polluters and #ACTNow on the climate crisis. All that to say, the voice of the communities at the frontlines of climate change (Latino, Black, Indigenous communities) must be heard by national decision makers. The platform created by Latino Conservation Week presents the opportunity to continue the work of Latino Advocacy Week - raising and highlighting the voice of the Latino community as we establish our place in the decision-making process.

During this past year, the year of the global pandemic, we learned that virtual advocacy is not only possible, but also more accessible than traditional advocacy that relies on in-person meetings between constituents and legislators. In fact, a recent webinar titled “Stay-cation Advocacy: Building Relationships Back Home” conducted by the Congressional Management Foundation (CMF), presented the results from exclusive and private surveys of congressional staff conducted by CMF. The findings revealed that Members of Congress are able to spend more “quality time” with constituents in a virtual environment as compared to in-person meetings. This is due mainly to the fact that Members tend to be rushed and over-booked in Washington and virtually, Members are less distracted by other tasks and can focus directly on their meetings, which is the main job of our elected officials.

Armed with all this knowledge and findings, this year’s Latino Conservation Week will feature the “traditional” type of event, especially now that we’re gathering in person, but will also provide a platform for continuing the conversations started in March during Latino Advocacy Week by engaging elected officials in events and encouraging specific actions to take to advocate. Every year, we encourage our event partners to involve their local elected officials in their events and this year, we continue that encouragement by dedicating an entire day during LCW to #AdvocacyAfuera: an opportunity for the Latino community to take their conservation efforts to the next level. After all, every 30 seconds, a Latino citizen turns 18, and that’s a whole lot of voting power.

RT @LauraKojima: #LatinoConservationWeek Hi I’m Laura! I’m a Mexican- American wildlife biologist with a passion for herpetofauna. I am c…

RT @FlorissantNPS: Happy #LatinoConservationWeek everyone! Here you see our current LHIP intern Yuyavan and our 2020 LHIP Intern Astrid in…

RT @HispanicAccess: “With the end of July comes the end of #LCW2021, one of the ways Hispanic Access Foundation corrects inequities in natu…

Back by popular demand is the Loteria de Conversacion game with 18 new playing cards and matching tablas. Email sim… https://t.co/WOrNuPeNY0